Ming-Chi Kuo, a prominent industry analyst, has already given us some clues about the new iPhone 8. The most interesting thing is that the phone might feature a new all-glass design. Along with wireless charging for the first time.

Here we have some of the rumors, specifications, and features about the new iPhone8:

According to report New Apple iPhone 8 will sport a plastic OLED display with curves all over. The rumor is in the air that Apple will release three iPhone models, a new design with curved OLED display and other two with flat LCDs.

Apple is considering to release an iPhone 8 with a curved display, as glass OLED works best for flat screens. Apple is looking for some of the features like a dual-camera for new iPhone models. We wouldnt be surprised if the curved iPhone 8 comes at a premium, too. This year we will see an iPhone 7s and 7s Plus with LCDs, as well as a brand-new iPhone 8 with OLED.

Rumors are in the air that Apple has three new iPhones in the works for this year 2017, these are iPhone 7s and 7s Plus and a completely redesigned all-glass iPhone 8. Rumors suggest that 7s and 7s Plus will come in brand new crimson colors like black, jet black, rose gold, gold, and silver.

According to Ming-Chi Kuo Apple iPhone8 will be a complete glass body to facilitate wireless charging.

Kuo recently announced to put wireless charging in all of its 2017 iPhones, including 4.7-inch of iPhone 7 and 5.5-inch of iPhone 7 Plus. According to rumors more iPhones are expected to be produced in this year 2017. With having led to the 110-120 million iPhone 6 models.

Apple iPhone 8 might come up with a curved screen that is it will bend slightly around the edges. Also, Apple is finally bringing OLED displays to its iPhones. And it makes sense that the OLED screen will be reserved for unique iPhone models since these screens are more expensive to manufacture.

It is rumored that you can easily bend the new Apple iPhone 8, just like a book.

Rumors are in the air from Apple that it will launch three models of the iPhone 8 in 2017. One model with 5.5-inch OLED screen and a dual camera. Another one with 5.5-inch LCD display, also with a dual camera. The third one will be 4.7-inch in size with an LCD screen along with a single camera much like the current iPhone 7 model.

According to rumors, it is possible that Apple is deciding future design by the success of the jet black iPhone 7, which was currently sold out during December. As 3035% of orders were for the jet black model worldwide, and in China that percentage was higher than 45 50%.

According to the rumors, Apple iPhone 8 will be launched with OLED displays. According to Bloomberg, Apple wants to diversify its OLED sourcing, so it has multiple options. For sure Apple iPhone 8 will be OLED-based, as this new technology is more workable than LCD and will allow Apple to make the iPhone 8 screen to be thin and move the home button to the display itself. There are various other applications made possible by switching to OLED screens, and for sure Apple is exploring those for a future phone.

Read Also: Why Students Should Have Edu Email Address? What Are All The Benefits?

These were some of the most rumored features of the new Apple iPhone 8 which is going to be soon with us this New Year. You just have to wait for a little to experience all these expected features.

Author Bio: Varun Kumar Works for LatestOne.com as Content Writer. It is the e-tailer Company known for bringing the Mobile Covers|Wrist Watches|Bluetooth Speakers|Power Banks models from all the key manufacturers at best discounts. The company has a fully operational office, and warehouse maintained to make timely deliveries across the nation 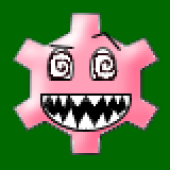 More from this Author

We live in a world flooded with gadgets and technology. In every sphere of life, …
Gadgets, Latest Update
More

Watching movies is one of the favorites for most of us. If you really love …
Tech
More

Technology is an ever-changing beast. What was once considered cutting edge just a few years …
Tech
More
We use cookies to ensure that we give you the best experience on our website. If you continue to use this site we will assume that you are happy with it.OkRead more